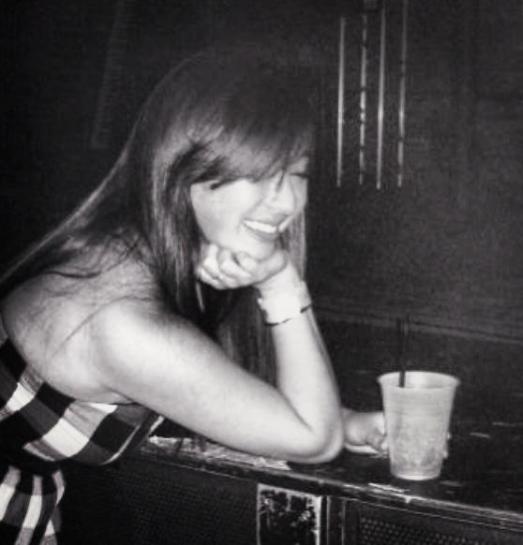 …to this crazy asshole ^

Happy – Was once gifted toys and t-shirts, now I’m drunk and I don’t know where I am – Day

Happy – Do something productive? Lololol. – Day

Happy –  I was going to unfriend you because you’re a stranger, but then you wished the shit out of my birthday via Fbook wall…So looks like we’re (tentatively) virtual friends for life  – Day

Let’s talk about this:

Last weekend I celebrated my 24th year of miraculous survival. And I only say miraculous because of all the bullshit shenanigans I seem to invest myself into i.e.:

Getting trapped in a park completely alone at 1 am. 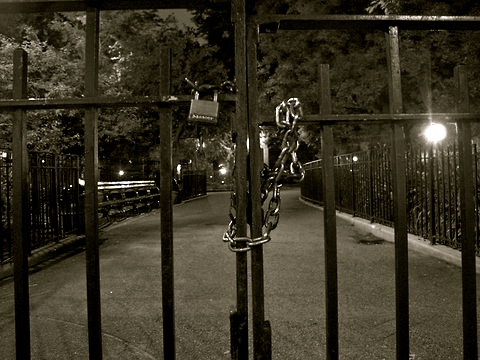 No questions asked -accepting a ride from a lunatic on the streets of New York – half dressed like spider man in his homemade buggy. 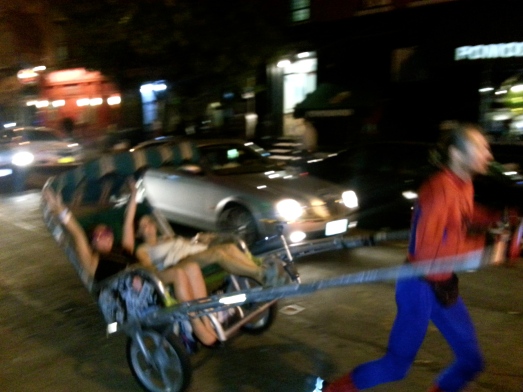 Starting drama with a gigantic unicorn/human hybrid because apparently those exist.

I exist because my rents forgot to wrap it. You?

Sliding like a fucking maniac at the local playground.

And also an idiot.

…But a very fun idiot

And one should always be a fun idiot on their goddamn day of birth (< Anniversary that shit. You can only be so idiotic when you’re 7 pounds, blind and immobile.)

(Get at me Hallmark)

Here I am. At the ripe age of 24. Expected to take on the world, swirl a mimosa in my hand and say things “These new kitchen towels are ROCKING MY WORLD.”

My kitchen towels blow (clearance) and I use them to half dry my plastic cups. And after the absurdity that unraveled this very weekend, I can’t help but think adulthood showed up to my life party just.a.little.too.early. Like, I’m still dancing around in my penguin pajamas and already taste-tested 5 jello shots I made for the shit show that’s about to go down at my crib – but yeah thanks for getting here uncomfortably in advance, adulthood, and bringing your best friend responsibility – kind of early.

Let me explain. And let me to recap. And tell you about my 3-day bash this past weekend. Why I originally invited adulthood and responsibility to my birthday party. Just to be nice. And why they left shortly thereafter. But only because they just couldn’t seem to get along with youth, questionable decisions and a stolen tambourine.

Warning: If you’re looking for pictures of cake, balloons and candid pictures of me laughing at my friend’s faces. This blog post is not for you.

10 Episodes That Made Adulthood Leave My Birthday Party

When suddenly I get a late-night appetite for Lil Wayne. I wander over to the DJ station. Ready to swoon him with my drop dead sexy ways.:

I put in the request. He tells me to go choke on something and leave him alone. It was a good talk.

But 1/2 a whiskey ginger later I felt like talking again.

3 more times after that.

I even brought out the big guns and rallied my friends to ruin his light show like this: 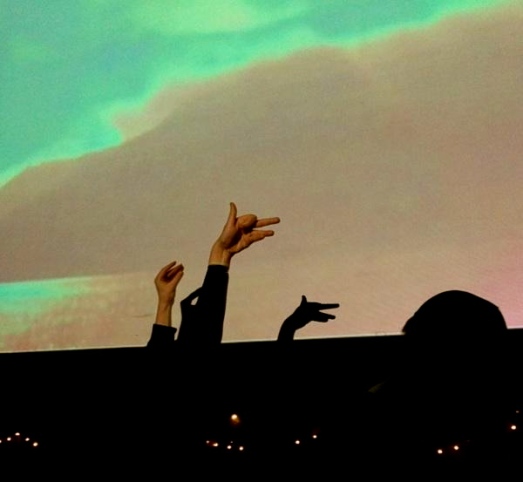 Put us on a LEASH.

And eventually he pulled my wasian ass to the side. And told me that I needed to step the fuck off. That “Little Wayne” was NOT going to happen and if I just took this, would I please just go home?

2. Doing the worm and losing vision

Shortly before Mitch Jackson and I headed home, my amiga Ali came up to me with tequila eyes and told me that she had a surprise for me. A birthday surprise. A surprise that required me to hold her glasses. A surpise that looked like this:

Man in the back don’t give a shit.

Man  in the back thinking about giving a shit.

Man in the back giving approximately 3 shits.

Also, the answer is yes. Ali did leave her glasses at the bar and somehow managed to get home completely blind. But no worries, it only took 2 hours.

3. Convincing the entire bar to get barefoot and dance the fucking night away – thus gambling with the risk of STDS and/or any other unearthly disease. 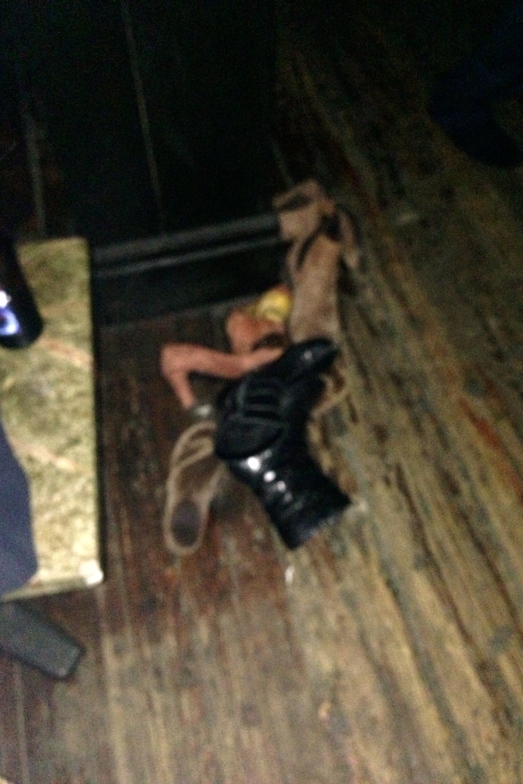 Such an obedient crowd. 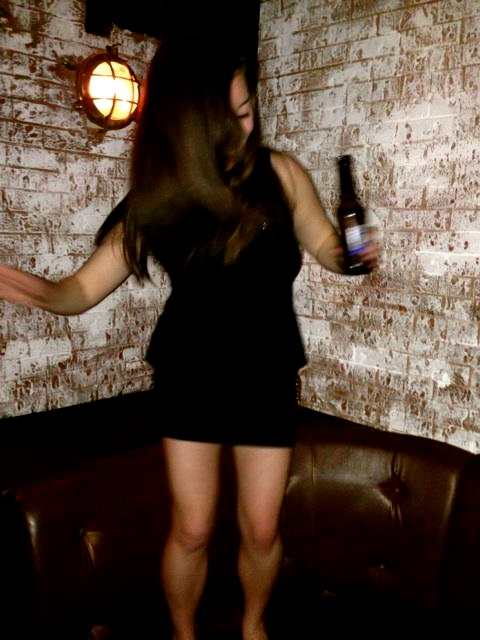 “So Olive, how did you get Leprosy again?”

Other than Judson’s hand photographing in a terrifying way, this went rather well. Only minor cases of the black lung were reported.

I remember this moment precisely. I had just concluded a conversation with a stray labrador that wandered onto premises about feeling a little lost in life but hey also,  was it cool if hitched a ride home later? Lolol” 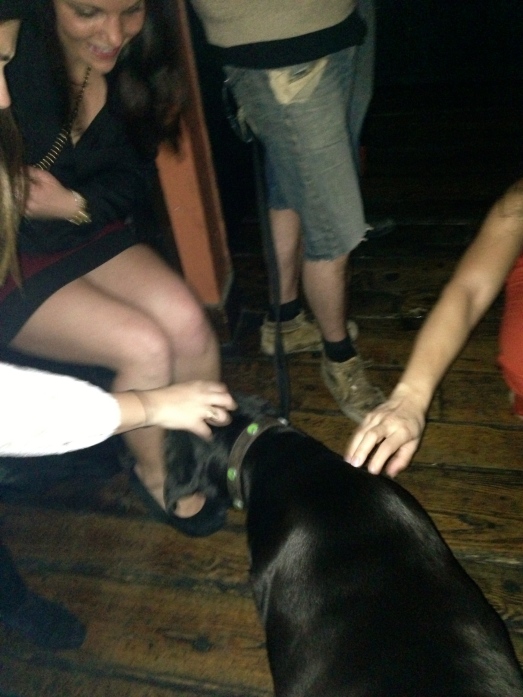 But seriously pick me up at 4.

I noticed a man out of the corner of my eye. No. Wait it was another animal. No…a man. No! An animal.  Idk. Maybe both. I leaned over to my friend Asian Amy for a brief brainstorm.

Hey listen. Thanks for the balloon! Also. Check out that caveman/bear hybrid in the corner of the bar. HAHAHA.

Yeah turns out it was Adrian Grenier.

You know. That trick from entourage.

And that gem “Drive Me Crazy”

Was he an asshole? Sure was. Can I blame him? Sure can’t. Did I talk to him? Sure didn’t. Scared of cavemen.

6. Getting In A Scary White Van With A Hatian Named Genevieve

Shortly after we bid a mental adieu to Adrian Caveman Grenier, Krissy, Nicole Detamble, And threw our arms but for the nearest cab and noticed a someone’s personal mini van stop directly

Krissy threw open the doors  immediately and requested our next location. He introduced himself as Genevieve. And…of course… he would be happy to take us wherever our hearts desired.

We laughed, we danced, we sang, we even told him it was my goddamn day of birth.

Told me everyone deserved good things on their birthday and he would be happy to give us a ride FOR FREE.

And then had a photo shoot with his Hatian ass. (…actually just his face.) 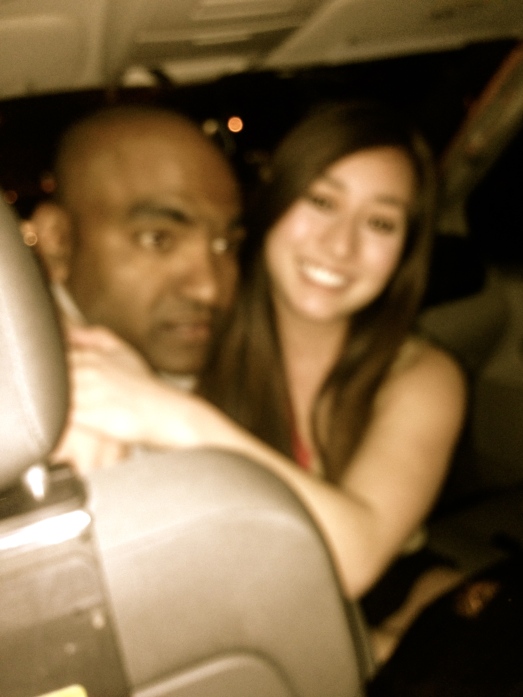 “Pose like a white girl!” Genevieve went with “Confused and hungry” – Nice. 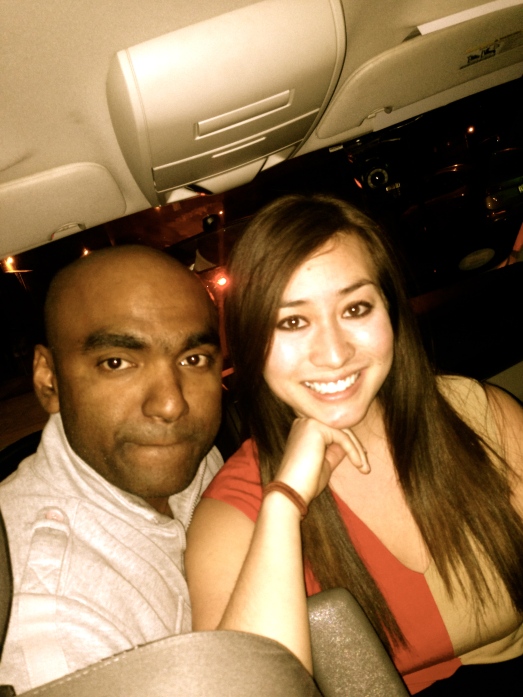 Thanks for the free ride. Shall swiftly launch our joint “Give White Vans A Chance!” Campaign first thing tomorrow morning. 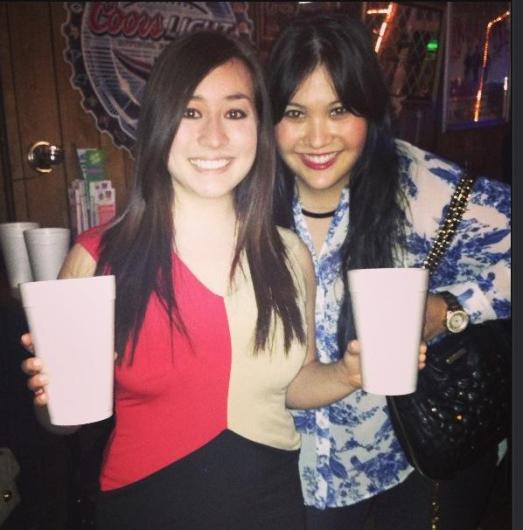 When Asian Amy told me to sit the fuck down because she had a surprise for me.

They were lap dances

And they were going to happen right now.

At the goddamn turkey’s nest.

Nothing sets the mood quite like the Turkey’s Nest Tavern…

And after looking at these pictures, I’d like to take this moment to profusely apologize to anyone I’ve ever made these faces to. Particularly if  flirtation was involved.

This is going well.

What makes you think I don’t want this?

Working on my sex appeal. I make no promises.

Buying rounds of Cuban food is all fun and games until…

9. Crash a Karaoke Company Party And Steal Their Instruments

Earlier in the evening we invested in temporary friendships with a lad named Ian. He requested our presence at his company “Karaoke party” later that night but we said we simply didn’t want to intrude.

We intruded. Stole their tambourine.

And walked the fuck out.

But only so we could do this:

10. Make Homemade Mimosas on the go whilst convincing a mariachi band to get on the subway with you and play “La Bamba” Until you’ve reached your final destination. 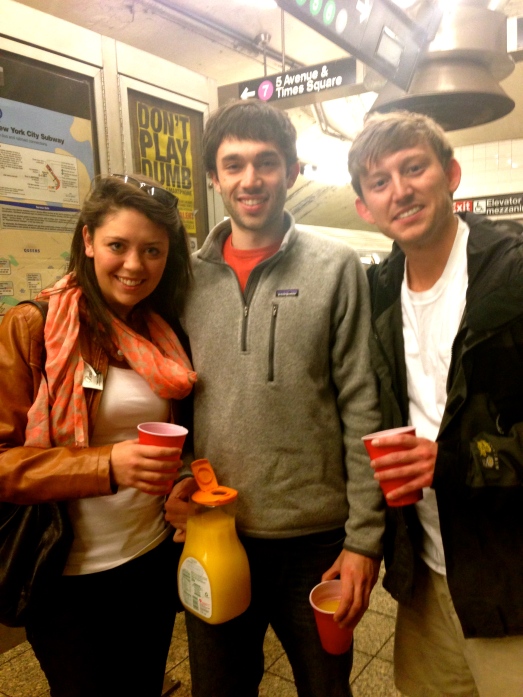 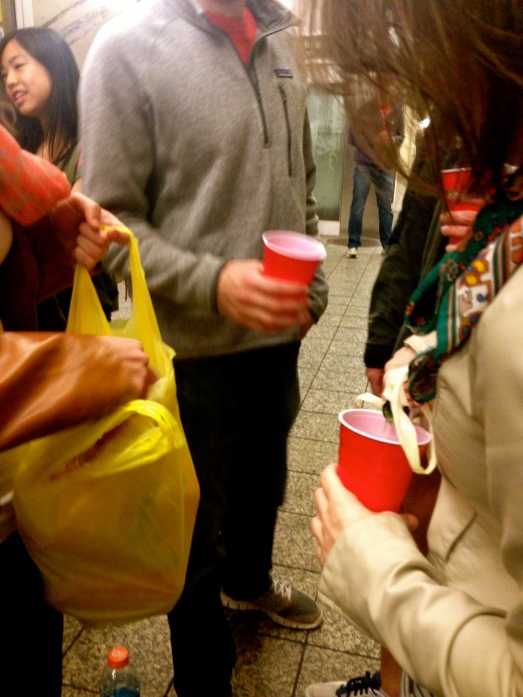 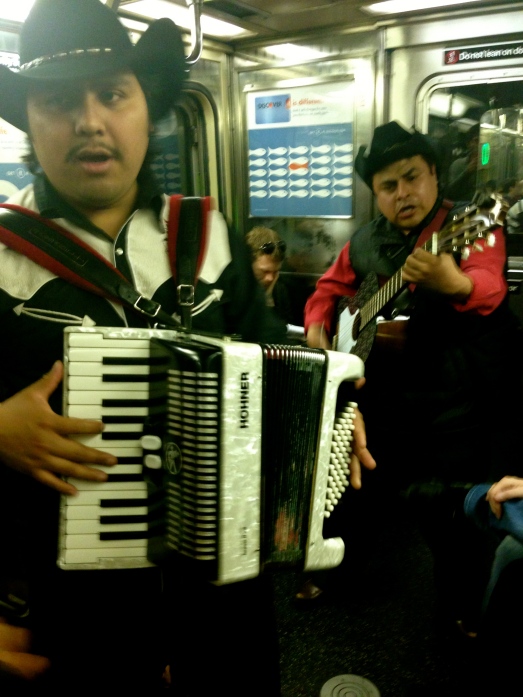 I’d like to tell you that Ricardo didn’t toppled over with his accordion shortly after this picture was taken only because the of the train’s intense speed and abrupt stop but…he did. No casualties. Just an extended song break.

So yeah. That just about covers it. I shot adulthood and responsibility a mass text the next morning. Thanked them for coming out but said I probably wouldn’t be available to hang for another 8-33 years.

They didn’t text back.

Special shout out to my favorite clowns who celebrated my birthday with me.  I had that the most

A wasian girl named Olive could ever ask for.

Cheers to 24 years of miraculous survival.

If you’re in this photo. I probably like you..