To throw America one hell of a birthday party

And that was it.

Now, as you know. I’m not very good at following the rules.

I’m happy to report that

I followed this one pretty.damn.well.

And what I mean is this:

At the eve of America’s annual birthday blow out, Meg and I spontaneously found ourselves in the colonial city of Boston (visiting our friend Ali) hitting up the local taverns, and pre-gaming our nations b-day party by doing really American things like:

1. Taking pictures of ourselves with our friends doing absolutely nothing. Solely to alert the world that we were being social and have faces. 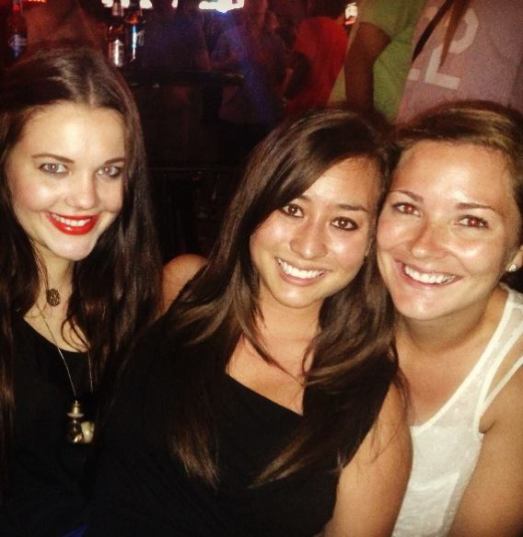 ALERT. I’ve got a face and friends right now and this is what they look like.

2. Stumbling home at the ripe hour of 2:18 am after Meg grabbed a guy’s balls (who was hovering around us all night and ousted as having a girlfriend) and screaming “CHEATER!!!” in his face whilst she rolled his gradually shrinking dice –

Followed by a triPPing session that occurred over 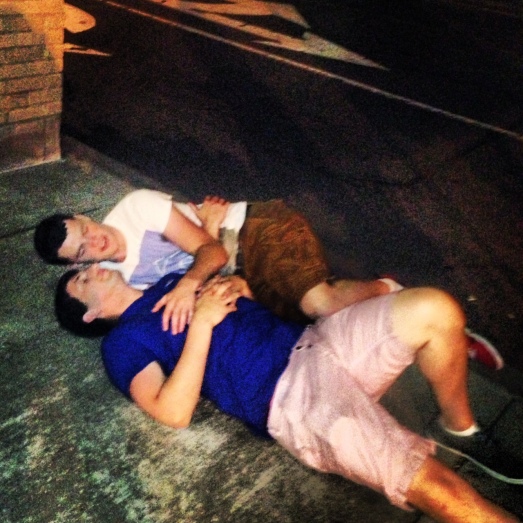 3. And finally, drunk eating at the local “Tasty Burger.”

In case you’re wondering what the holy land looks like.

And making friends with other inebriated locals…and by making friends I mean inexplicably promising them a package of “expensive clothing” in return for a bucket of chai mix…only discovering this because you woke up to an e-mail in your inbox the next morning that said:

And this was just the pre-game.

Meg in a white dress. Ali in a blue one. And me in an All-American,

And after carbloading twice in 12 hours back at tasty burger.

Twice in a half day = my definition of a balanced diet.

We shuffled >>  to the nearby bleacher bar 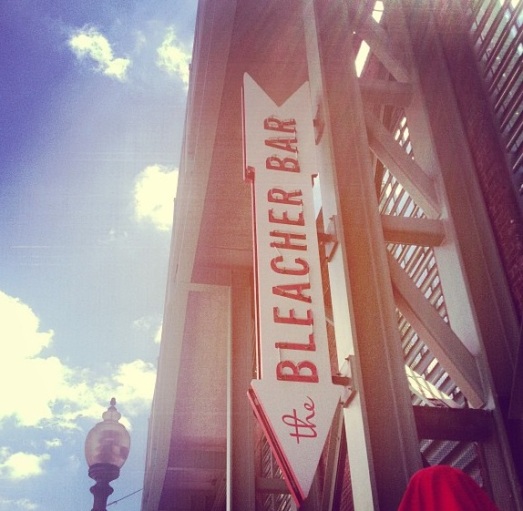 You. I’m coming over.

Before we headed to the Red Sox baseball game at Fenway park in attempts to fill up our American souls on cheap booze  before the baseball stadium did a casual rape of our bank accounts.

About half a bud light later, I felt an unusual t u g >>> pulling away the other half of my discounted beverage. I looked up bewildered and confused, only to meet eyes with an unruly individual. An unruly individual named…Jeff.

Give that shit back, Jeff.

Jeff told me that he would release my alcoholic hostage, but only in exchange for conversation and guaranteed laughter at his upcoming jokes. 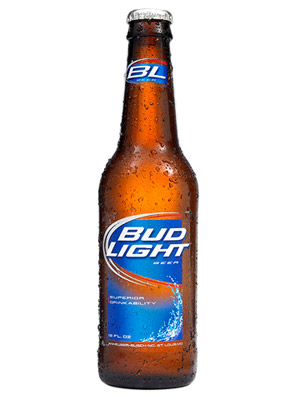 A few white girl/ your mom jokes later (apparently those still happen) followed by an outburst of desperate laughter from my herd and I, Jeff mentioned in casual passing that he was in a herd of bachelors .

A herd of bachelors currently flocked together due to a

And by bachelor party, he meant duck the fuck down and take a picture with the main man himself, (along with some other girls he found in the establishment), so there could be photo evidence of the tamed bachelor hanging out with wandering, penis-less locals.

Strangers labeled for your convenience.

Earning the rights back to my Budlight via laughing from the goddamn heart and participating in forced group photos, Jeff alas returned my now lukewarm, bargain beverage followed by the request that my lady friends and I join him and the rest of his crew for the remainder of their activities.

Panicked and slight inebriated, the girls and I decided to raise the stakes of this request, pointing to a baby spotted from across the bar, and telling him that if he could charmingly pry the child out of his mother’s arms and convince her to let him hold the baby.

Then count us in.

To our abrupt surprising, Jeff moseyed on over >>> to the young mother with ease. Made some facial expressions. Gave the mom a hug. ANd proceeded to TAKE THE BABY OUT OF HIS MOTHER’S ARMS…with ease.

Jeff came back. Said baby David was the cutest. And was ready to peace the fuck out when we were.

…To the baseball game we go.

The lot of us headed to the stadium. Roasting under the 94 degree sun. Agreeing it was fucking hott as  Jim Halpbert’s balls outside. 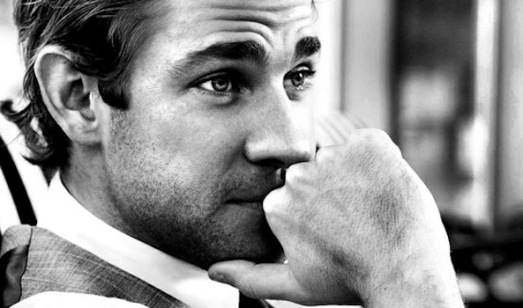 Causing my biggest conflict of this 3 hour extravaganza to be deciphering whether I was hot, lightheaded or completely obliterated.

I settled on a combination of the 3. And spent the remainder of the afternoon,  sweating like a true lady and making more friends and chugging more of America’s favorite beverages

until the alas the Red Sox crushed the…

…fuck I don’t even know.

And as the herd of the stadium began to exit the premises, the lady frat and I decided to part ways with the bachelored crew. Attempting to tell them that we were due for a date with chips at the local CVS and this truly, truly was a pleasure.

Instantaneously Jeff mounted the back of my dear friend Ali 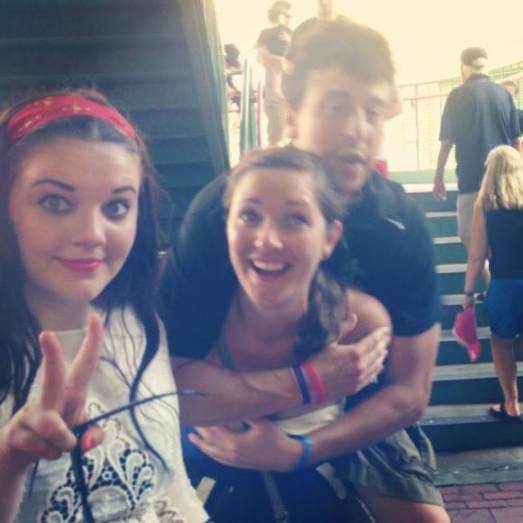 Unable to handle our casual exit…and convincing us once again to align forces with their herd of men.

But only because they wanted take us somewhere.

Somewhere…unexpected. SOMEWHERE we had never been before. And somewhere… we would probably never go to again…So we said yes. #whysomanybudlights

Piled into a hummer stretch limo parked outside the establishment. 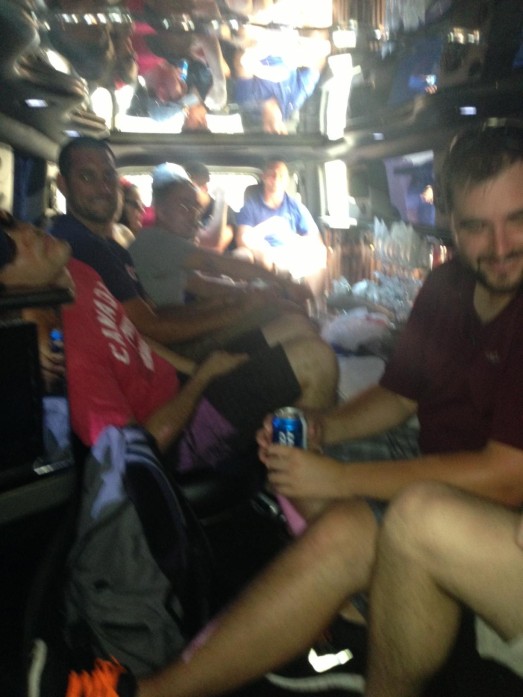 Curious as to where we were going, enjoying complimentary beverages…and only mildly concerned as to why the limo driver was taking a 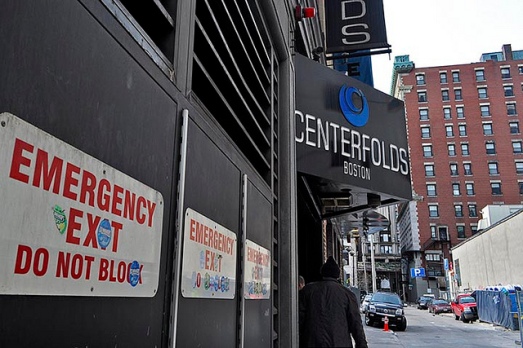 “STRIPPPPPP CLUBBBBBBBBBBBBBBBBBB!” the herd of bachelors screamed in unison piling out like wild boar

And into the vagtastic promise land.

Leaving the 3 ladies stationary in the vehicle, where we all exchanged glances and uttered the words:

Swiftly deciding that no fucks were currently given, we exited the vehicle and entered the sweetly air-conditioned environment, throwing down 5 whole dollars for a 2 1/2 hour dance tease…

where I learned more about my own female anatomy in one Nelly song, than I had acquired in my last 24 years of living...compliments of Matilda, Roxie and Peaches, of course.

Other than the wild pack of unruly bachelors. I noticed a man in the back. He was alone. He was in a wheelchair. He was eating chips. Barbecue chips. And clapping for Peaches in         between every crunch. I snapped a picture.

The bouncer then threatened to snap my neck if I didn’t delete it.

“NO PITCHAS IN THE STRIP CLUB LADY.” He poetically reminded me.

So you’ll just have to trust my words for this portion of the story. But don’t you always?

Each bachelor recycled turns to graciously train me with their strip club expertise, handing me a stack of dolla billz 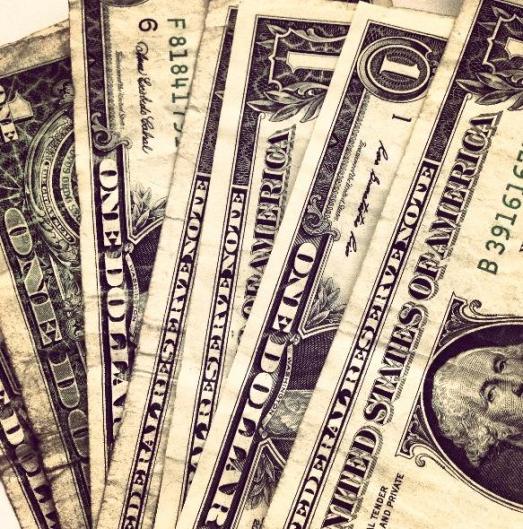 And bad bitches did love that shit.

So much that after her 8th slide down the unwashed pole, Matilda strutted >>> directly over to my chair, thanked me for my gracious $3 contribution that conveniently landed on her ass, and was curious if I wanted to go to the back and…get a lap dance from hers truly…?

Convinced that her request had everything to do with her fierce attraction to my Jurassic park tank and $3 donation, I decided to play hard to get and say “Nah, trick. Perhaps later.”

over a nearby couch and scream.

And absolute terror into mine.

Matilda obeyed orders. Took me to the back. Sat me down. And began to       over me.

Whipping out her signature moves and caressing my hair. Cementing the fact that:

The most action I was going to get this entire weekend was most likely going to be from a 6’3 hovering stripper named Matilda.

I wondered if I was expected to be aroused by this. Her moves were great. Her hair was great. Her piercings were…there.

But as a sure fire test to solidify my sexuality, I for a moment imagined her as a dinosaur (much like the one on my tank top) and wondered if I’d feel just as turned on if she was T-rex dancing around my bodice.

The answer is yes.

One Hilary Duff song later, Matilda was alas done with $20 bribe, taking a seat next to me on the couch, ready to catch up on life. Told me she loved working here. Most strip clubs are trash, you know? “Some otha places have their stah girls missin limbs and shit. And mosta dem are lesbian anyway!”

“You got it gurl”

Note to self: Put this on the list of conversations you didn’t think you’d have today.

She told me that after work she was headed to her parents house to lounge by the pool. Good ol’ Martha and Ben.

I told her to send them my regards and eat some extra fruit salad for me.

After Matilda and I parted ways, my semi-virgin eyes were eager to look at a plate of fresh crab cakes in exchange for the disease. We not so slyly snuck out the back and bidding adieu to Matilda, Jeff and the rest of the gang.

We ran into the wheel-chaired man once again. Who had conveniently traded in his bag of chips for a grill outside of the establishment….

How he set up the grill.

Why he chose this location.

And who took him grocery shopping.

The rest of the evening was glorious. Filled with drunk eating crab cakes by the water and an evening of epic fireworks

– viewed from a mansion we were invited to by a friend of a friend….of a friend…of a friend’s friend. Making it quite difficult and lengthy to explain when actual invitees of this grand event would ask us

“So who do you know here again?”

But alas, as I sat there at this multi-million dollar mansion on Beacon street, in my Jurassic park tank top, eating a bag of flaming hot cheetos I drunkenly found in the pantry, I remembered thinking to myself:

That giving out my personal e-mail in exchange for chai, grabbing the good of random men, compromising a baby named David’s life, going to a strip club and crashing a mansion party –  may not have been on the original agenda for this casual Thursday afternoon.

I promised our nation that I would follow it’s one rule and one rule only.

To throw America one hell of a birthday.

And that was it.